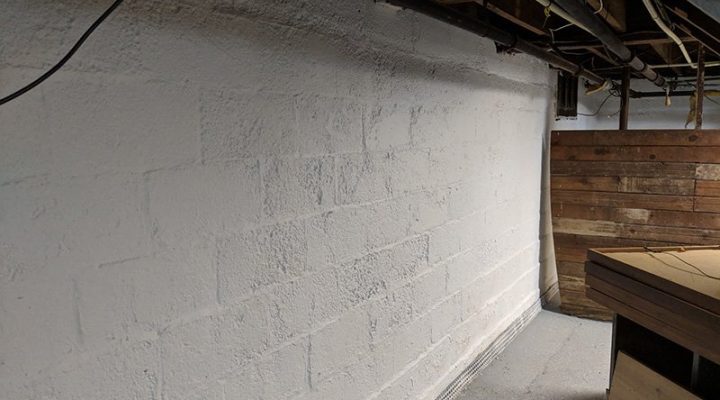 Why You Shouldn’t Remove Mold Before Doing This One Thing!

Do you have existing mold in your house right now?

If so, removing it before getting your house waterproofed is a big mistake!

Unfortunately, it is one that a lot of customers make. If you don’t get the basement waterproofed first, the mold will just come right back!

Oriole Basement Waterproofing had a customer in the 21012 Bel Air area home infested with mold and we suggested to them to have the house waterproofed before treating the mold. The reason we suggest this is because mold grows from moisture and dark places with in a humid area.

This house was built in the 1950s and the homeowners were unsure if the house had any drain system within the perimeter of the basement. You may ask, what if I don’t know what kind of drain system I have in my house because the previous owner of the home doesn’t have paperwork to show?

A lot of the times the customer just wants to avoid putting a drain system within the perimeter of the basement, they would rather just install a sump pump to exterminate any water that is leaking with in the wall and floor. This is not the correct solution to fix the problem. The reason why is because homes built from 1950-1980 were built with installed with a terra-cotta pipe drain system.

This drain system can last a very long time without you never knowing the system has failed.

For this instance, in Bel Air area zip code 21014, the basement perimeter drain system had turned into a clay like substance and prevented any water flow to make its way through the perimeter of the basement, to the sump pump, and outside of the home. This is obviously a problem if you are to only install a sump pump and connect it to an old drain system.

Therefore, Oriole Basement Waterproofing always suggests that the homeowner has our professional waterproofers install a brand-new drain system. It will be installed in a 3-foot-deep trench on the perimeter of the basement.

This customer in Bel Air learned that it is easier to spend money where something is needed rather than holding it off and then having to spend three times the amount because you didn’t resolve the problem.