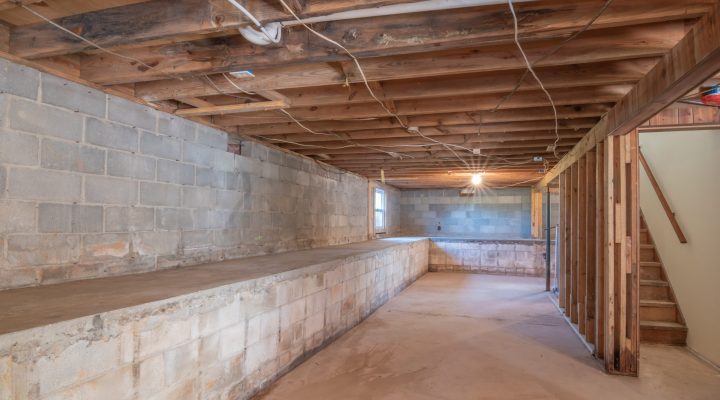 Do you suffer from fundaphobia?

To find out just how many people do have a fear of basements or ‘fundaphobia’ as we are now calling it (taken from the latin word for basement, fundamentum), we decided to conduct a study.

We asked 160 willing remote participants to monitor their heart rates with a fitness tracker as they entered a basement. The purpose? If their heart rates increased by a significant amount when descending the stairs, it is a fairly strong indicator that their fear levels would also be rising. This is because when a person feels frightened or in danger their brain triggers a rush of adrenaline that makes the heart beat faster that pushes the body into fight or flight mode as blood is pumped towards major muscle groups*.

Before we started the study, we first asked all participants if they were scared of basements, 94% of respondents said that they did not think that they had any fear of entering a well-lit basement. The average resting heartbeat of all participants was 75bpm. 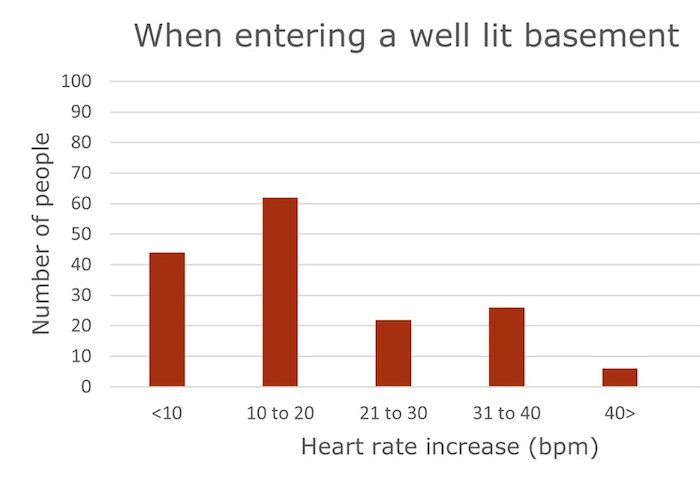 Some time later, once their heart rate had returned to normal, we then sent them into a dark basement, with just a dim flashlight to help them. This time, 64% saw their heart rates jump by more than 20bpm, and half of participants (49%) saw an increase of more than 30bpm. While one in ten people could not stay down in the basement for the full length of the test due to feeling uncomfortable. 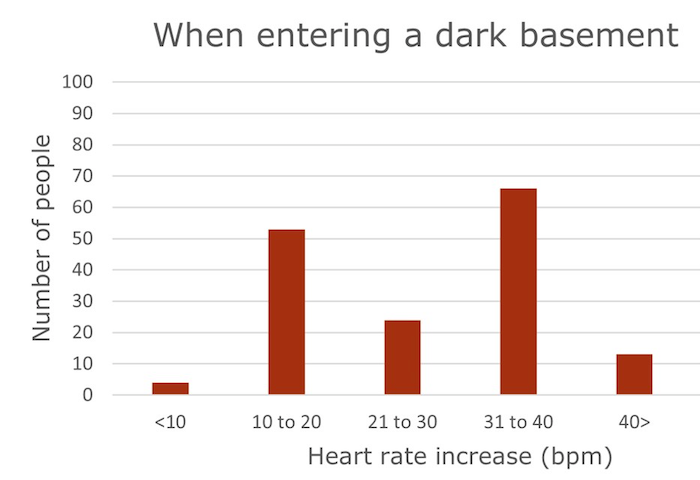 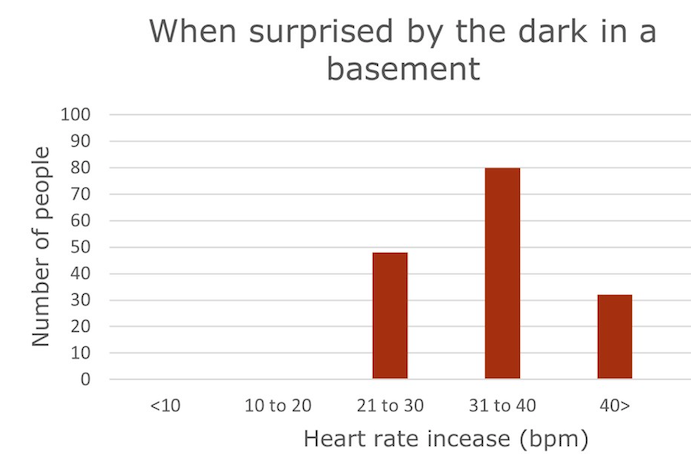 From these results, it seems fairly clear that most people have a fear of a dark basement, particularly when the darkness is sudden and unannounced. This could be down to a fear of the dark as much as a fear of basements. However, the first test was conducted in a well-lit room with no surprises and one in five people’s heart rates still increased significantly, indicating that they truly do have a fear of basements, or suffer from fundaphobia.

To find out what some of the reasons behind these fears might be, we conducted a quick survey of those in the study, quizzing them the reasons why someone (including themselves) might be afraid of entering the lowest room in their home. The most popular response was simply, ‘too many horror films’ (76% selected this as a reason), followed by getting locked down there (69%) and falling down the stairs (43%).

“We hear it all the time when out on jobs that people are afraid to go down into their basement, but we had no idea just how afraid it makes people. Which is why we decided to run this study, and it was quite surprising to see that quite a few people see their hearts race even when entering a well-lit basement.

“In reality, there is nothing to fear in a basement apart from it not being properly treated and protected against water damage! We have been operating for almost 70 years now, and have never run into any demons, crazy clowns or hockey mask-wearing killers!”

We grant permission to use the images and data found on this page freely. When doing so, we ask that you kindly attribute the creators by linking to this page so your readers can learn more about the project and its methodology.